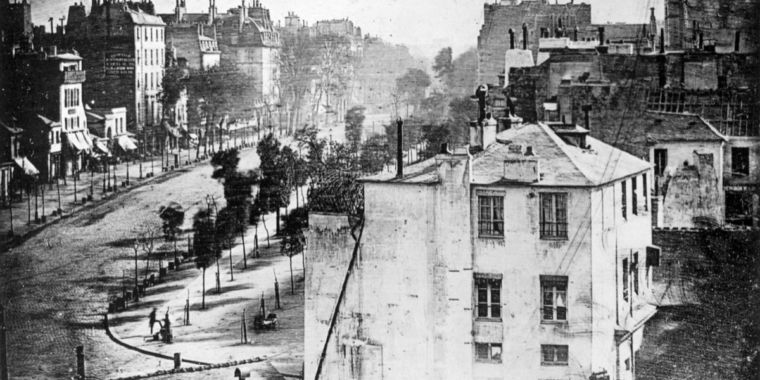 Daguerreotypes are one of the earliest forms of photography, producing images on silver plates that look subtly different, depending on viewing angle. For instance they can appear positive or negative, or the colors can shift from bluish to brownish-red tones. Now an interdisciplinary team of scientists has discovered that these unusual optical effects are due to the presence of metallic nanoparticles in the plates. They described their findings in a new paper in the Proceedings of the National Academy of Sciences.

Co-author Alejandro Manjavacas—now at the University of New Mexico in Albuquerque—was a postdoc at Rice University, which boasts one of the top nanophotonics research groups in the US. That’s where he met his co-author, Andrea Schlather, who ended up in the scientific research department at the Metropolitan