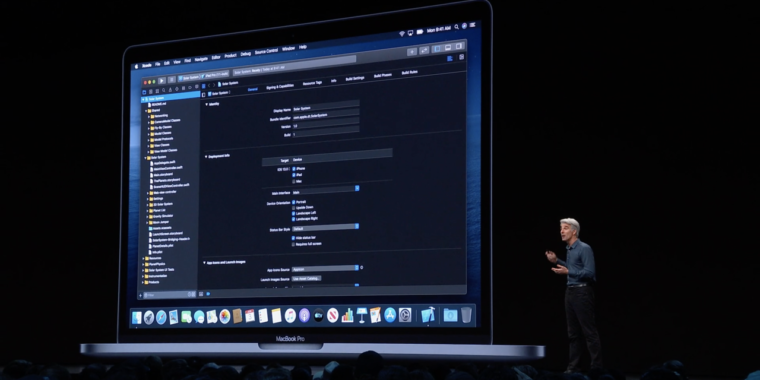 Apple hopes the initiative will rejuvenate a slow-moving Mac app store and native software ecosystem. The initiative will do so by making it easier for developers for the iPhone and iPad App Store—one of the most robust software platforms in the world—to release their iOS applications on the Mac with minimal additional development time. Currently, developers have

Apple’s Worldwide Developers Conference (WWDC) starts this Monday, June 3, with a stage presentation by Apple executives at 10am Pacific Time. WWDC is usually one of the two biggest Apple events of the year (the other is the now-recurring iPhone/Apple Watch event in the fall), and it generally focuses on software.

It has become tradition for Apple to introduce new versions of its operating systems to developers at WWDC. Those systems include iOS for iPhone, iPad, and iPod; macOS for Mac; watchOS for Apple Watch; and tvOS for Apple TV and Apple TV 4K. In fact, these are some of the primary purposes of the event. So you can expect to see detailed presentations during Apple’s keynote on each of those, plus deeper dives for developers in the various sessions at the convention center, which