Federal Communications Commission Chairman Ajit Pai is calling on carriers to block robocalls by default without waiting for consumers to opt in to call-blocking services. But he hasn’t proposed making this a requirement and is leaving it up to carriers to decide whether to charge for such services.

To encourage carriers, Pai is proposing rule changes making it clear that carriers are allowed to block calls by default. Call blocking by default isn’t explicitly outlawed by the FCC, but Pai’s announcement today said that “many voice providers have held off developing and deploying call-blocking tools by default because of uncertainty about whether these tools are legal under the FCC’s rules.”

In a call with reporters this morning, Pai said the uncertainty stems from a 2015 FCC order in which “the FCC suggested that its rules and regulations would not prohibit call-blocking services to the extent that consumers opted into them. Many members of the industry perceived that interpretation to make illegal, potentially, the blocking of calls by default.” 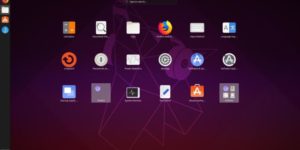