Pai claimed that the city’s rule “deters broadband deployment” and infringes on the FCC’s regulation of cable wiring. But US Rep. Katie Porter (D-Calif.) proposed a budget amendment that 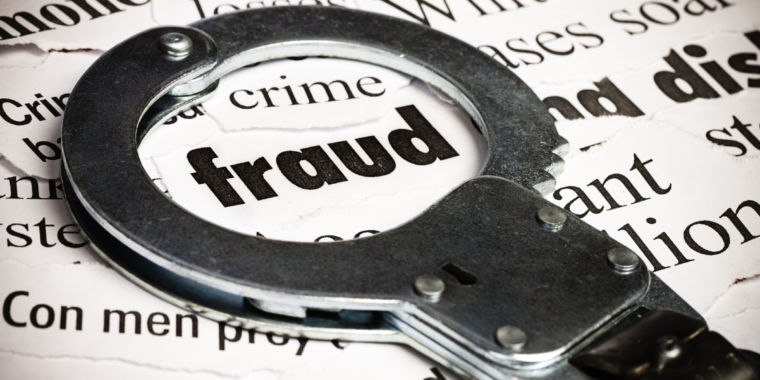 Elizabeth Ann Pierce was CEO of Quintillion, an Alaskan telecom company, when she lied to two investment firms in New York in order to raise $270 million to build a fiber network. She also defrauded two individual investors out of $365,000 and used a large chunk of that money for personal expenses.

Pierce, 55, pleaded guilty and last week was given the five-year prison sentence in US District Court for the Southern District of New York, US Attorney Geoffrey Berman announced. Pierce was also “ordered to forfeit $896,698.00 and all of her interests in Quintillion and a property in Texas.” She will also be subject to a restitution order to compensate her victims “at a later date.”

The Federal Communications Commission will vote next month on whether to preempt a San Francisco city ordinance that was designed to promote broadband competition in multi-unit buildings.

San Francisco’s Article 52, approved in December 2016, lets Internet service providers use the existing wiring inside multi-unit residential and commercial properties even if the wiring is already used by another ISP that serves the building. San Francisco’s Board of Supervisors and then-Mayor Ed Lee approved it in order to spur competition in multi-unit buildings where occupants often have only one option for Internet service.

The ordinance only applies when the inside wiring belongs to the property owner. Under the rule, property owners who have outfitted their buildings with Internet wiring cannot deny access to ISPs, making it harder for them to strike exclusive deals with Internet providers. 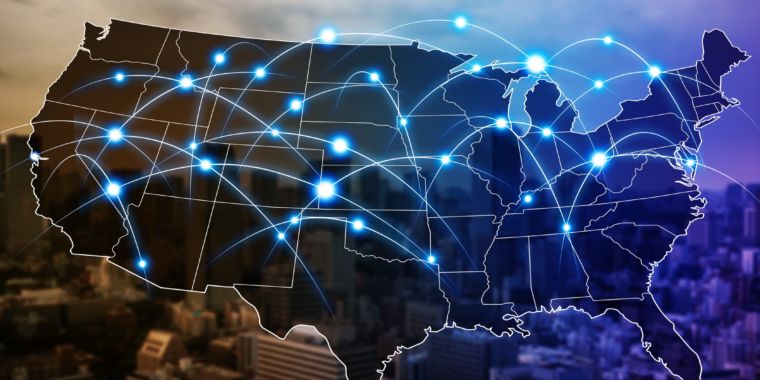 The Federal Communications Commission has preliminarily voted to cap spending on the FCC’s Universal Service programs, which deploy broadband to poor people and to rural and other underserved areas.

The party-line vote was criticized by the FCC’s two Democrats, with Commissioner Jessica Rosenworcel saying the Republican plan “is fundamentally inconsistent with this agency’s high-minded rhetoric about closing the digital divide” and “at odds with our most basic statutory duty to promote and advance universal service.”

Last week’s approval of a Notice of Proposed Rulemaking is a preliminary step—the FCC will take public comment on Chairman Ajit Pai’s plan for three months before moving to a final vote. The FCC technically won’t begin the public-comment period until after the NPRM is published in the Federal Register, but the FCC proceeding’s docket is online at this page.

T-Mobile and Sprint are one big step closer to getting the US government’s approval to merge, as Federal Communications Commission Chairman Ajit Pai today announced his support for the deal combining two of the four largest US mobile carriers.

Pai’s announcement virtually guarantees that the FCC will approve the deal; FCC approval would be finalized after the Republican-controlled commission votes. But T-Mobile and Sprint still need to convince the Department of Justice, which hasn’t yet said whether it will sue to block the merger on antitrust grounds.

A man who threatened to kill the family of Federal Communications Commission Chairman Ajit Pai was today sentenced to 20 months in prison.

Markara Man, a 33-year-old from California, pleaded guilty on August 31, 2018 after making threats to Pai because he disagreed with the FCC’s repeal of net neutrality rules. In one email to Pai, Man wrote, “I will find your children and kill them.”

Federal Communications Commission Chairman Ajit Pai is calling on carriers to block robocalls by default without waiting for consumers to opt in to call-blocking services. But he hasn’t proposed making this a requirement and is leaving it up to carriers to decide whether to charge for such services.

To encourage carriers, Pai is proposing rule changes making it clear that carriers are allowed to block calls by default. Call blocking by default isn’t explicitly outlawed by the FCC, but Pai’s announcement today said that “many voice providers have held off developing and deploying call-blocking tools by default because of uncertainty about whether these tools are legal under the FCC’s rules.”

In a call with reporters this morning, Pai said the uncertainty stems from a 2015 FCC order in which “the FCC suggested that its rules and regulations would not prohibit call-blocking services to

Federal Communications Commission Chairman Ajit Pai has rejected a request to have the FCC investigate Frontier Communications’ business practices in Minnesota, despite evidence that the company has failed to properly maintain its telecom network.

An investigation by the Minnesota Commerce Department already found that Frontier’s network has “frequent and lengthy” phone and Internet outages, that Frontier has failed to provide refunds or bill credits to customers even when outages lasted for months, that Frontier is guilty of frequent billing errors that caused customers to pay for services they didn’t order, and that it has failed to promptly provide telephone service to all customers who request it. When we wrote about the investigation in January, Frontier said it “strongly