With the 50th anniversary of the first Moon landing fast approaching, there’s a veritable deluge of programs, events, and media of various forms, all dedicated to recapturing an astonishing moment in humanity’s collective history. All of these things face a serious challenge: the Apollo missions have been revisited so many times and from so many angles, it’s difficult to say anything truly new.

Go for the obvious points, and you’ll face telling a big chunk of your audience things they already knew. Aim for something truly novel, and there’s the risk that you’ll end up focusing on an aspect that’s obscure simply because it’s not that interesting or important. These problems are compounded for an audience like Ars’, where most of us have spent a bit of time obsessed by the space program, and the hurdles to finding some novelty grow even higher.

The promise of a new angle on a familiar subject was what got me listening to a production by the BBC’s World Service entitled 13 Minutes to the Moon. This multi-episode podcast focuses on what’s really the key moment in Apollo 11: the final descent and touchdown of the Eagle lander that delivered Armstrong and Aldrin to the Moon’s surface. 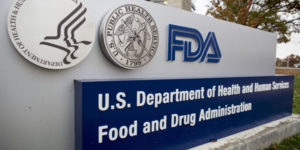 Firefly has successfully tested the upper stage of its Alpha rocket