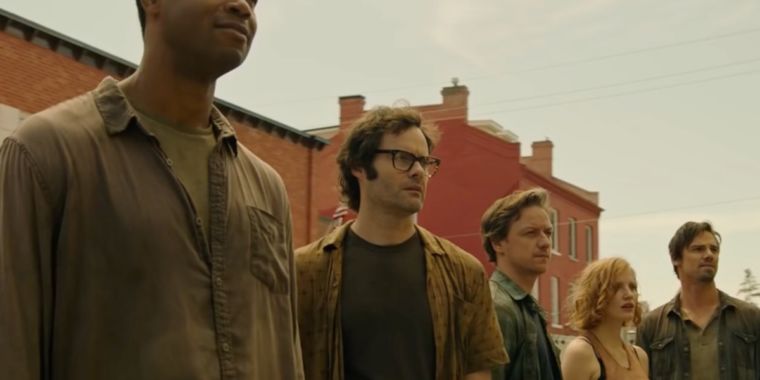 The Losers Club returns to Derry as adults in IT: Chapter Two, based on Stephen King’s bestselling novel.

Pennywise the murderous clown is back and scarier than ever, looking for revenge on the grown-up members of the Losers Club in IT: Chapter Two, Warner Brothers’ follow-up to its 2017’s blockbuster horror film, IT.

(Some spoilers for first film and novel below.)

Set in 1989,  IT essentially adapted half of King’s original novel, telling the story of a group of misfit kids calling themselves “The Losers Club,” who discover their small town of Derry is home to an ancient, trans-dimensional evil that awakens every 27 years to prey on children in particular, taking the form of an evil clown named Pennywise. Bill (Jaeden Lieberher) loses his little brother, Georgie, to Pennywise, and the group decides to take on Pennywise and drive him into early hibernation, where he will