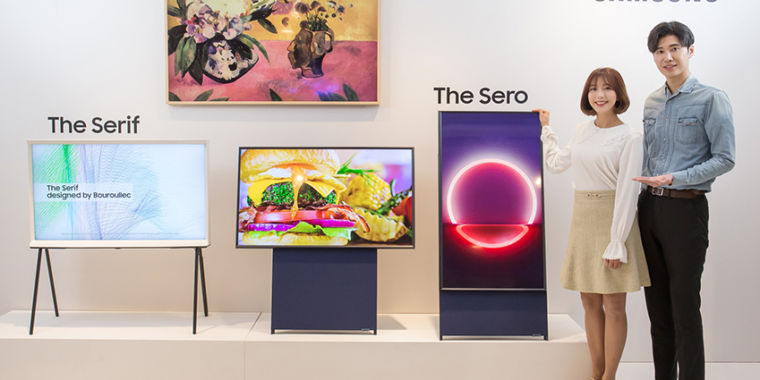 It’s tough to stand out in the TV market, where everyone is shipping beautiful 4K panels in pretty much whatever size you want. Samsung is hoping to turn heads with a few wild “concept lifestyle TV” designs, which it rounded up in a Korean-language press release today. There’s the previously announced “The Frame,” which looks like a framed picture and displays artwork when not in use. There’s “The Serif,” which is mounted on four legs, looking kind of like a canvas easel. And then there’s the real head-turner, “The Sero,” which is a vertical TV.

The Sero isn’t vertical all the time. The 43-inch panel is mounted on a rotating stand, allowing you to get up, walk over to the TV, and swing it from landscape to