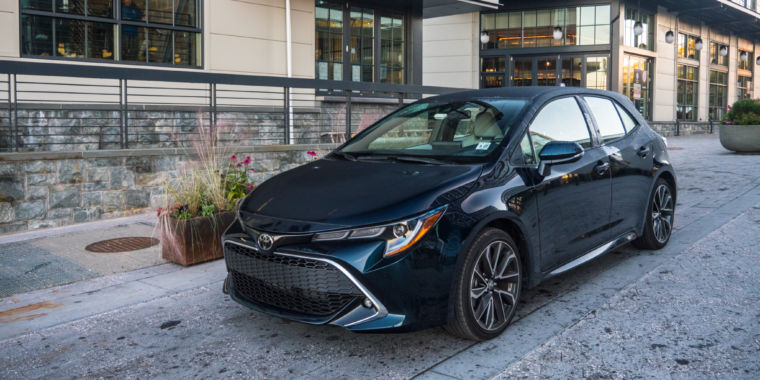 I’ll admit to being a little trepidatious reviewing the Toyota Corolla Hatchback. I didn’t exactly gel with the new Camry, and the two cars share the same underpinnings. Not that Toyota needs my approval—as with the Camry, people will buy the Corolla regardless of what any journalist says about it.

Toyota wouldn’t be where it is today without this car, which is now in its twelfth generation. The company has sold at least 43 million Corollas, and the name may as well be a synonym for “people’s car” at this point; its sales surpassed the Volkswagen Beetle more than 20 years ago. The Camry might have been Toyota’s biggest US hit, but beyond these shores, in places where average salaries and parking spaces are much smaller, the Corolla has filled the niche of an affordable, reliable, dependable little car. And