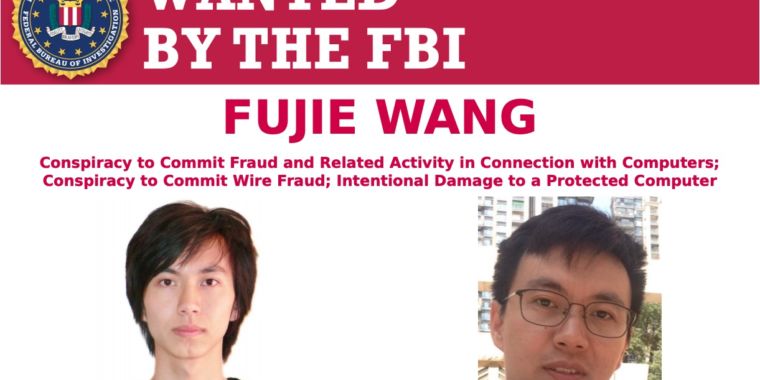 Federal prosecutors have indicted a Chinese national they say carried out sophisticated network intrusions on four US companies, including one on health insurer Anthem that stole personal information belonging to close to 80 million people.

Fujie Wang—a 32-year-old resident of Shenzhen, China, who sometimes used the first name Dennis—was part of a hacking group that gained entry to Anthem and three other unnamed companies, according to an indictment unsealed on Thursday. Along with other members of the group, he carried out the hacks using spear-phishing emails that lured employees of the companies to malicious websites. The websites, in turn, installed backdoors on the employees’ computers. The defendants allegedly used the compromised computers to penetrate the networks.

In some cases, the indictment alleged, the hackers would wait months before identifying and harvesting sensitive data stored on the networks, presumably to prevent calling attention to the breaches.