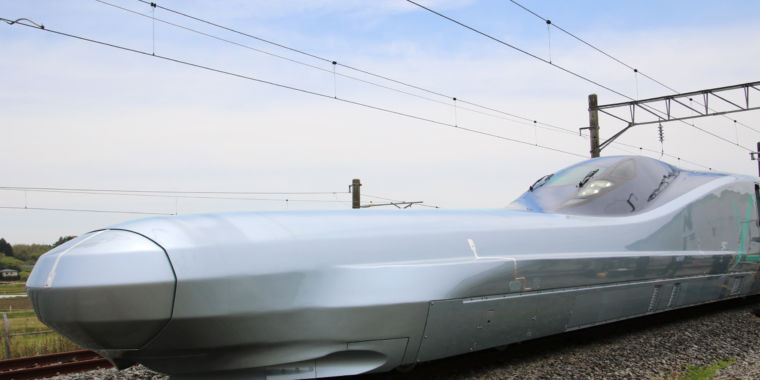 This week, Japanese railway company JR East showed off its new Alfa-X, a high-speed bullet train that is designed to achieve a top speed of 400kph, or 249mph, which would make it the fastest commercial train in the world. In day-to-day operations, the train would shuttle passengers at 360kph, or roughly 224mph.

On Friday, JR East will begin testing the Alfa-X, without passengers, on its railways. According to Bloomberg, the 10-car train will make the trip “between the cities of Aomori and Sendai at night” for the next three years during a testing phase. JR East hopes to use the Alfa-X commercially by 2030. Japan News says the line will eventually be extended to Sapporo.