Episode 81 of Voices in AI features host Byron Reese and Siraj Raval discussing how teaching AI to the world can help improve the quality of life for everyone, and what the footfalls along the way are.

Byron Reese: This is voices in AI brought to you by GigaOm, I’m Byron Reese. Today my guest is Siraj Raval. He is the director of the School of AI. He holds a degree in computer science from Columbia University. Welcome to the show, Siraj.

Siraj Raval: Thank you so much for having me, Byron.

I always like to start off with just definitions. What is artificial intelligence and specifically what’s artificial about it?

That’s a great question. So, AI, Artificial Intelligence is actually… I like to think of it as a giant circle. I’m a very visual person so just imagine a giant circle and we’ll label that circle AI, okay? Inside of the circle, there is a smaller circle, and this would be the subfield of the eye. One of them would be heuristics. These are statistical techniques to try to play games a little better.

When Garry Kasparov was defeated by big blue that was using heuristics. There’s another bubble inside of this bigger AI bubble called machine learning and that’s really the hottest area of AI right now and that’s all about learning from data. So there’s heuristics, there’s learning from data which is machine learning and there is deep learning as well, which is a smaller bubble inside of machine learning. So AI is a very broad term. And people in computer science are always arguing about what is AI, what isn’t AI? But for me, I like to keep it simple. I think of AI as any kind of machine that mimics human intelligence in some way.

Well hold on a minute though, you can’t say artificial intelligence is a machine that mimics human intelligence because you’re just defining the word with what we’re trying to get at. So what’s intelligence?

That’s a great question. Intelligence is the ability to learn and apply knowledge. And we have a lot of it. Well, some of us anyway (just kidding)

That’s interesting because of AlphaGo the emphasis on it being able to learn is a pretty high bar. Something like my cat food dish that refills itself when the cat eats all the food, that isn’t intelligent in your book, right? It’s not learning anything new. Is that true?

Yeah. So it’s not learning. So there has to be some kind of feedback, some kind of response to stimulus, so whether that’s from data or whether that’s a statistical technique based on the number of wins versus losses, did this work, did this not work? It’s got to have this feedback loop of something outside of it being external to it is affecting it. In the way that we perceive the world, something external to our heads and that affects how we act in the world.

So [take] the smartest program in the world. Once it’s instantiated as a single program, is no longer intelligent. Is that true? Because it stopped learning at that point. It can be as sophisticated as can be, but in your mind, if it’s not learning something new it’s not intelligent.

That’s a good question. Well, I mean, the point at which it would not need to learn or there would be nothing for it to learn would be the point in which, to get ‘out there,’ it saturates the entire universe.

Well, no. I mean like, let’s take AlphaGo. Let’s say they decide, let’s put out an iPhone version of Go and let’s just take the latest and greatest version of this. Let’s make a great program that plays Go. At that point it is no longer AI, if we rigidly follow your definition because it stopped learning, it’s now frozen in capability. Yeah, I can play it a thousand times in a game 1001 it’s not doing any better.

Sure. Okay, but to stick to my rigid definition, I’ve said that intelligence is the ability to learn and apply knowledge.

That we will be doing in the latter part.

Do you think that it’s artificial in that it isn’t really intelligence, it just looks like it? Is what a computer does actually intelligent or is it mimicking intelligence? Or is there a difference between those two things?

You’re the Director of School of AI. What is that? Tell me the mission and what you’re doing.

Sure. So I’ve been making educational videos about AI on YouTube for the past couple of years and I had the idea about nine months ago, to have this call to action for people who watch my videos. And I had this idea of saying, ‘Let’s start an initiative where I’m not the only one teaching but there are other people, and we’ll call ourselves The School of AI and we have one mission which is to teach people how to use AI technology for the betterment of humanity for free.’

And so we’re a non-profit initiative. And since then, we have, what are called ‘deans.’ It’s 800 of them spread out across the world, across 400 cities globally. And they’re teaching people in their local communities from Harare, Zimbabwe to Zurich to parts of South America. It’s a global community. They’re building their local schools, Schools of AI, you know, School of AI Barcelona, what have you, and it’s been an amazing, amazing couple of months. It feels like every day I wake up, I look in our side channel, I see a picture of a bunch of students in, say, Mexico City and our school there, our logo there and it’s like, “Is this real?” But it is real. Yeah, it’s been a lot of fun so far.

Put some flesh on those bones. What does it mean to learn… what are people learning to do?

Right. So the guideline that we’re following we’re talking about the betterment of humanity are the 17 sustainable development goals (SDGs) outlined by the United Nations. One of them would be no poverty, no extreme poverty, sustainable action on the climate, things like that. Basically trying to fulfill the basic needs for humans both in developed and developing countries so that eventually we can all reach that stage of self-actualization and be able to contribute and create and discover, which is what I think we humans are best at. Not doing trivial laborious repetitive tasks. That’s what machines are good for. So if we can teach our students, we call them ‘wizards,’ if we can teach our wizards how to use a technology to automate all of that away, then we can get to a world where all of us are contributing to the betterment and the progress of our species whether it’s in science or art, etcetera.

But specifically, what are people learning to do like on a day to day basis?

One example would be classifying images, and that’s a very generic example, but we can use that example to say, help farmers in parts of South Africa to detect plants that are diseased, or that are not diseased. Another example would be anomaly detection. So kind of finding the needle in the haystack. What here doesn’t fit in with the rest? And that can be applied to fraud detection, right? If you’ve got thousands and thousands of transactions, and one of them is a fraud, and AI can learn ‘what fraud is’ better than any human could because it’s just so much data. That’s just two, I can get some more. There’s quite a lot but I think that…

No, but I mean, what’s the clue… so it’s the idea that there just aren’t enough people that have the basic skills to “do AI” and you’re trying to fill that gap?

That is what it is. And yeah, in that the concepts behind this technology, the mathematical concepts I don’t believe are accessible yet to a wide enough audience. So we at School of AI are trying to broaden that audience and trying to make it accessible not just to developers but eventually to everybody. You know, moms, dads, grandmas, grandpas, people who just they’re not like the most technical people we’re trying to reach them and make this something that everybody does, because we sincerely believe that this is going to be a part of our lives and eventually everybody is going to be implementing AI in some way or another.

It doesn’t necessarily have to be code. It can be through some application or some kind of ‘drag and drop’ interface, but it’s definitely in the future of work. So yes, that’s what it is. And also it’s the fact that we are facing so many huge problems, daunting problems as a species existential threats. And we think we might not be good enough alone to solve these problems. Climate change, for example: a lot of people think that it’s too late to solve climate change, but we think that we have a huge amount of data available and we think that the answers to some of the hardest problems related to CO2 emission and how we can allocate resources for that goal lie hidden in that data, and using AI we can find them. 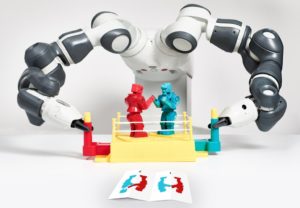 Technology For The Arts TechCrunch 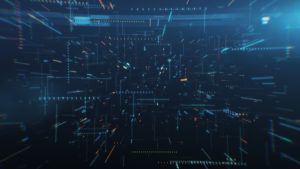 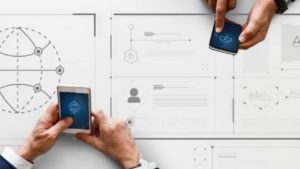