On August 16, Tesla will begin charging an additional $1,000 for the “full self-driving” upgrade, CEO Elon Musk announced on Twitter on Tuesday. The option currently costs $6,000. It’s the latest in a series of price changes for a package whose main function—”full self-driving”—is still largely aspirational.

The price hike reflects Musk’s view that Tesla is less than 18 months away from delivering full self-driving technology to customers and that this capability will drastically increase the value of Tesla vehicles.

“That’s approximately date when we expect Enhanced Summon to be in wide release,” Musk explained. “It will be magical.”

Tesla has always been a turbulent place to work, and that has been especially true of Tesla’s Autopilot team. Between 2016 and 2018, Tesla lost three Autopilot chiefs in a period of 18 months, with a number of lower-level Autopilot managers and engineers leaving as well.

The Information’s Amir Efrati reports that Tesla has suffered a fresh wave of Autopilot departures.

“At least 11 members of the software team, or close to 10% of the total group, including some longtime members, departed in the past few months,” Efrati writes. “These departures follow Mr. Musk’s removal of the Autopilot group’s leader Stuart Bowers around the start of May.” 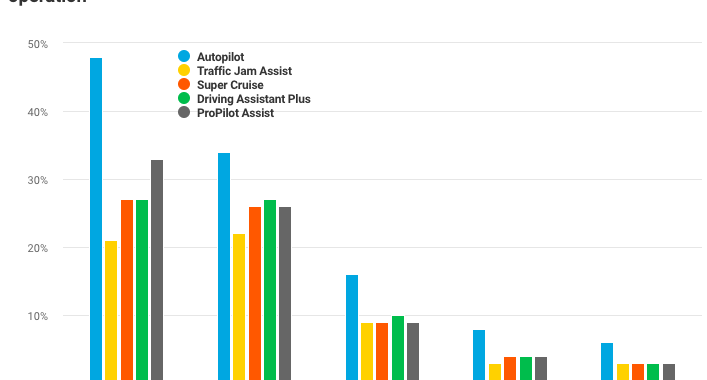 Does the name “Autopilot” cause people to overestimate the abilities of Tesla’s driver-assistance technology? It’s a question that comes up in the Ars comments almost every time we write about the feature.

Critics warn that some customers will assume something called “Autopilot” is fully self-driving. Tesla’s defenders counter by pointing out that autopilot capabilities in planes aren’t fully autonomous. Pilots still have to monitor their operation and intervene if they have a problem, and Tesla’s Autopilot system is no different.

A new survey from the Insurance Institute for Highway Safety brings some valuable hard data to this debate. The group asked drivers questions about the capabilities of five advanced driver-assistance systems (ADAS). They identified the products only by their brand name—”Autopilot,” “Traffic Jam Assist,” “Super Cruise,” etc. Survey participants were not told which carmaker made each product, and they did not learn the capabilities of the 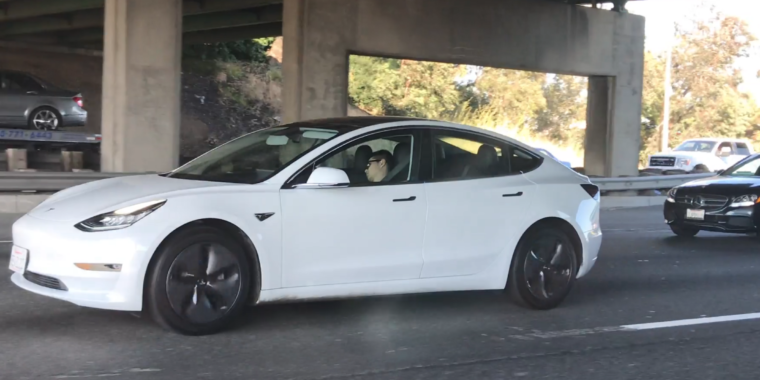 In the last week, two different people have captured video of Tesla vehicles traveling down a freeway with an apparently sleeping driver behind the wheel.

Both incidents happened in California. Last week, local television stations in Los Angeles aired footage from viewer Shawn Miladinovich of a Tesla vehicle driving on LA’s 405 freeway. The driver “was just fully sleeping, eyes were shut, hands nowhere near the steering wheel,” said Miladinovich, who was a passenger in a nearby car, in an interview with NBC Channel 4.

Miladinovich said he saw the vehicle twice, about 30 minutes apart, as both cars traveled along the 405 freeway. The driver appeared to be asleep both times. He wrote down the vehicle’s license plate number and called the information in to 911, but the California Highway

In recent weeks, Tesla has been pushing out a new version of Autopilot with automatic lane-change capabilities to Model 3s—including one owned by Consumer Reports. So the group dispatched several drivers to highways around the group’s car-testing center in Connecticut to test the feature. The results weren’t good.

Tesla introduced its Navigate on Autopilot feature a few months ago, but at first, it would ask the driver to confirm lane changes. More recently Tesla has given drivers the option to have Autopilot initiate lane changes without confirmation. But CR’s reviewers argue that feature isn’t ready for prime time. 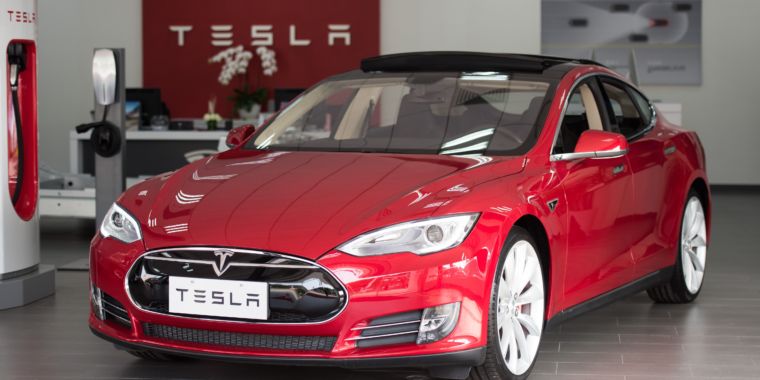 Police in the Netherlands on Thursday arrested a Tesla driver who had apparently fallen asleep at the wheel while driving down the highway. A Dutch police agency reported the arrest on Instagram.

A 50-year-old man was spotted driving close to the car ahead of him on the A27 road. “When we came alongside, the driver appeared to have fallen asleep,” the police said.

Police signaled for the driver to pull over, but he didn’t seem to notice. Eventually, the officers managed to wake the driver up using a siren, the Instagram post says. Police administered a blood alcohol test and found the driver to be under the influence of alcohol. (The Instagram post cites a BAC level of 340ug /l, which—if my math is right—is a BAC of 0.34 percent in American units.) 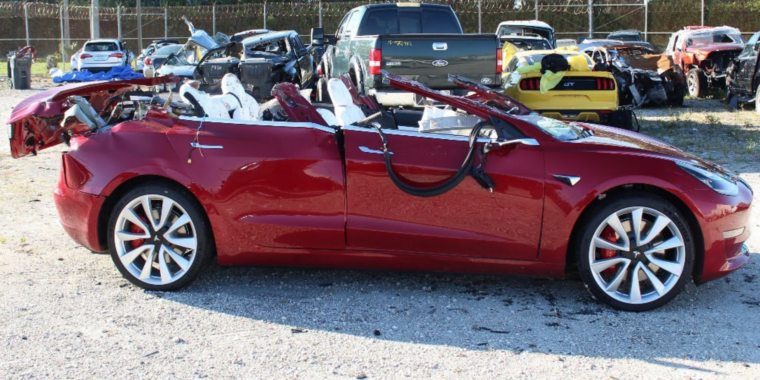 A Tesla Model 3 had Autopilot active in the seconds before it crashed into a semi truck in March, killing the driver, the National Transportation Safety Board reported on Thursday.

Jeremy Banner was driving his Model 3 on a divided four-lane highway in Palm Beach County, Florida. As the car approached a driveway, a semi truck pulled out in front of the car, making a left-hand turn from the driveway to the opposite travel lanes.

The Tesla was moving at 68mph (110km/h) and slid under the truck’s trailer. The trailer sheared off the top of the car, killing Banner. The vehicle continued down the road for another 1,600 feet (500m) before coming to a rest in the median. 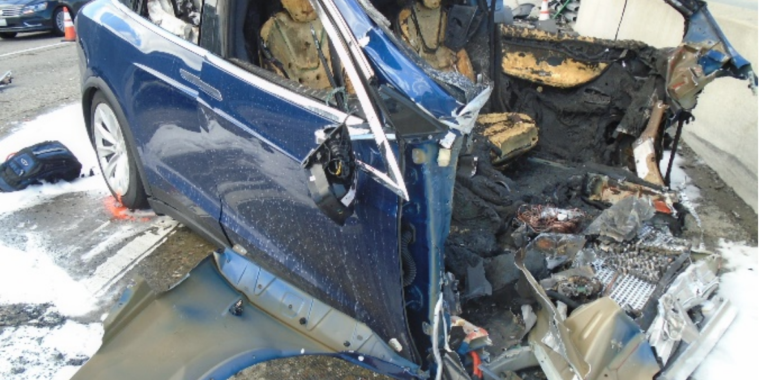 The family of deceased Model X customer Walter Huang has sued Tesla and the state of California in state court, the family’s attorneys announced on Wednesday.

“Mrs. Huang lost her husband, and two children lost their father because Tesla is beta testing its Autopilot software on live drivers,” family attorney Mark Fong said. He says the family wants to make sure that other drivers don’t suffer Huang’s fate.

Huang died in March 2018 while traveling on a freeway in Mountain View, Calif. He had Autopilot engaged as his Model X approached a point where an exit lane diverged on the left-hand side of the road. His Tesla struck a concrete barrier dividing the two lanes, and he died from his injuries.