Today, the White House officially announced that Turkey would not be allowed to purchase the F-35 Joint Strike Fighter. The US government had warned Turkish President Recep Tayyip Erdoğan that his government’s purchase of S-400 surface-to-air missile systems from Russia would be incompatible with NATO systems and would trigger an exclusion of Turkey from the F-35 program. Turkey was a financial contributor to the F-35 development program and already had pilots in the US in training to fly the aircraft; those pilots were kicked off US training bases in June.

US and NATO partners are concerned that the S-400 systems, supported by Russian technicians, will essentially amount to an intelligence collection system for Russia on NATO aircraft and military operations. But 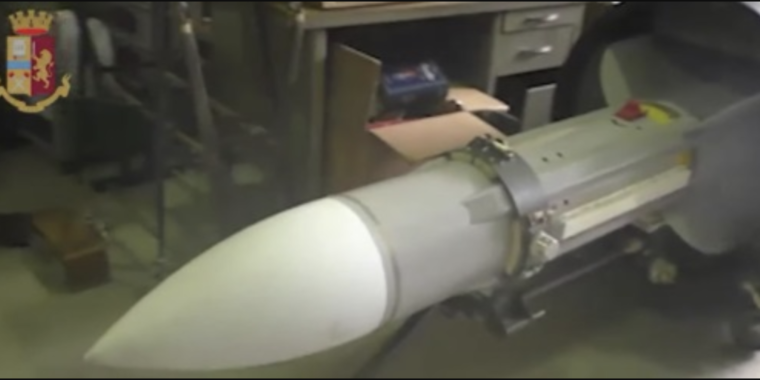 It has been more than half a century since Russia developed its last new spacecraft for carrying humans into orbit—the venerable Soyuz capsule, which still flies both Russian cosmonauts and American astronauts into orbit today. However, over the last decade, the Russian space program has been designing and developing a new vehicle, named Federation.

Like NASA’s own Orion spacecraft, the Federation capsule has been beset by delays and cost overruns for more than a decade’s worth of development. But when it flies, possibly as early as 2022 aboard a Soyuz-5 rocket for a test flight, Federation would be the rare human vehicle designed to fly beyond low-Earth orbit.

However, Russian sources are reporting a problem with the vehicle’s launch escape system.

The Kremlin on Monday warned that reported US digital incursions into Russia’s electric power grid could trigger a “cyberwar” between the two countries.

The warning came two days after The New York Times reported that the US Cyber Command, the arm of the Pentagon that runs the military’s offensive and defensive operations in the online world, was aggressively stepping up its targeting of Russia’s grid. Saturday’s report said the command had taken steps to place “potentially crippling malware inside the Russian system at a depth and with an aggressiveness that had never been tried before.” In some cases, the NYT reported, Pentagon and intelligence officials have been hesitant to brief President Trump in detail about the activities out of concern he might countermand the operations or discuss them with foreign officials. Last year, Trump gave the

Russian President Vladimir Putin has signed a controversial “Internet sovereignty” bill that strengthens the government’s control over the Russian Internet.

Back in March, we reported on Putin signing two other bills that gave the Russian government the power to punish people for the online publication of fake news and insults to public officials. The latest bill focuses lower on the technology stack.

The New America Foundation published a detailed analysis of the bill back in February: