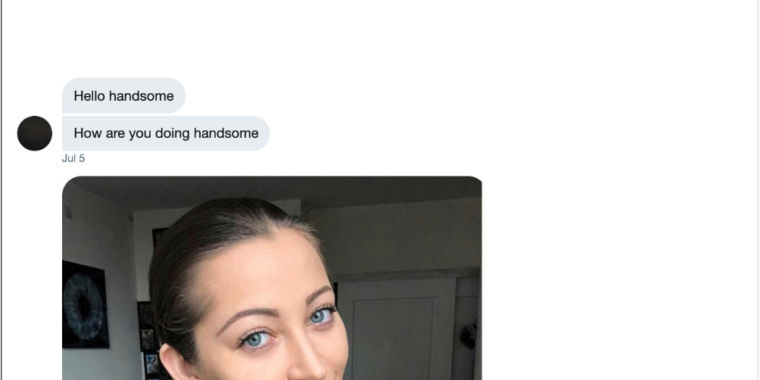 I’ve got a history with Internet scammers. I’ve spent hours on the phone with tech support scammers, and I’ve hunted down bot networks spreading fake news. But for some reason, I’ve lately become a magnet for an entirely different sort of scammer—a kind that uses social media platforms to run large-scale wire-fraud scams and other confidence games. Based on anecdotal evidence, Twitter has become their favorite platform for luring in suckers.

Recently, Twitter’s security team has been tracking a large amount of fraudulent activity coming out of Africa, including “romance schemes”—wherein the fraudster uses an emotional appeal of friendship or promised romance to lure a victim into a scam. Thousands of accounts involved in the ongoing campaign have been suspended. But that has hardly put a dent