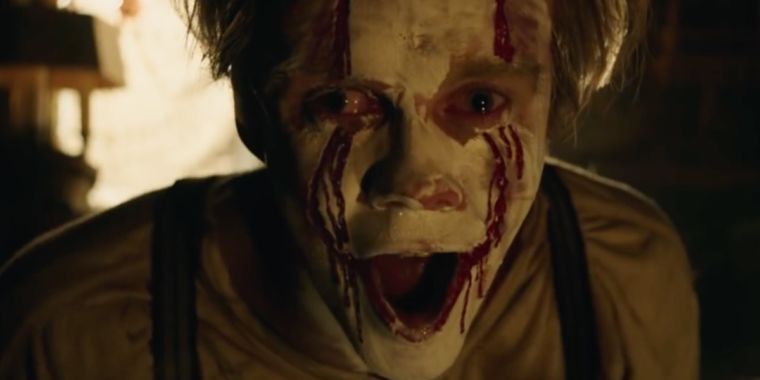 In IT Chapter Two, the Losers Club must confront the horrors of the past and put an end to the unspeakable evil that has terrorized the town for so long.

Pennywise the demonic clown gleefully inflicts all manner of psychological and physical torment on the grown-up members of the Losers Club in a new trailer for IT Chapter Two. The trailer was shown during New Line Cinema’s “ScareDiego” event, a prelude to San Diego Comic-Con that has been happening annually for the last three years.

(Some spoilers for first film and novel below.)

Set in 1989, IT essentially adapted half of King’s original novel, telling the story of a group of misfit kids calling themselves “The Losers Club.” The kids discover their small town of Derry is home to an ancient, trans-dimensional evil that awakens every 27 years to prey mostly on children by taking the form of