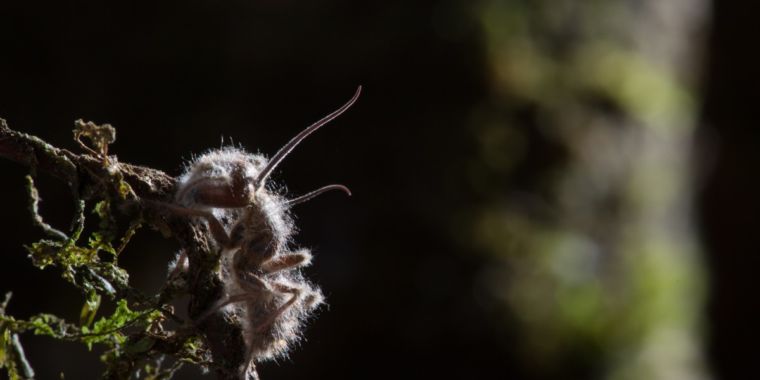 Pity the poor unsuspecting carpenter ant who unwittingly becomes infected with spores scattered by a parasitic fungus in the Cordyceps genus. The spores attach to the ant and germinate, spreading through the host’s body via long tendrils called mycelia. Cordyceps essentially turns its host into a zombie slave, compelling the ant to climb to the top of the nearest plant and clamp its tiny jaws in a death grip around a leaf or twig.

The fungus then slowly devours the ant, sprouting through its head in one final indignity. Then the bulbous growths on the ends of the mycelia burst, releasing even more spores into the air, to infect even more unsuspecting ants. It’s not a great way to go: the entire process