On Friday, a day before the 50th anniversary of the Apollo 11 Moon landing, President Trump invited the crew of that mission to the Oval Office. Seated, Trump was flanked by Lunar Module Pilot Buzz Aldrin, Command Module Pilot Michael Collins, and the children of Commander Neil Armstrong.

During the 20-minute ceremony, Trump praised the efforts of the Apollo 11 crew and NASA in achieving the first Moon landing half a century ago. But pretty quickly, he pivoted to his own administration’s plans for sending humans to the Moon—and eventually Mars. The administration’s Artemis Program, which calls for humans to return to the Moon by 2024, has been heavily promoted by the space agency as of late.

However, Trump seems much more interested in sending humans to Mars, which he considers more inspirational than a trip back to the Moon.

Pokémon characters have their own pea-sized region in brain, study finds 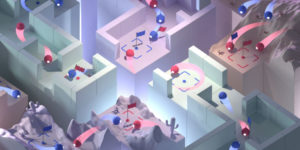