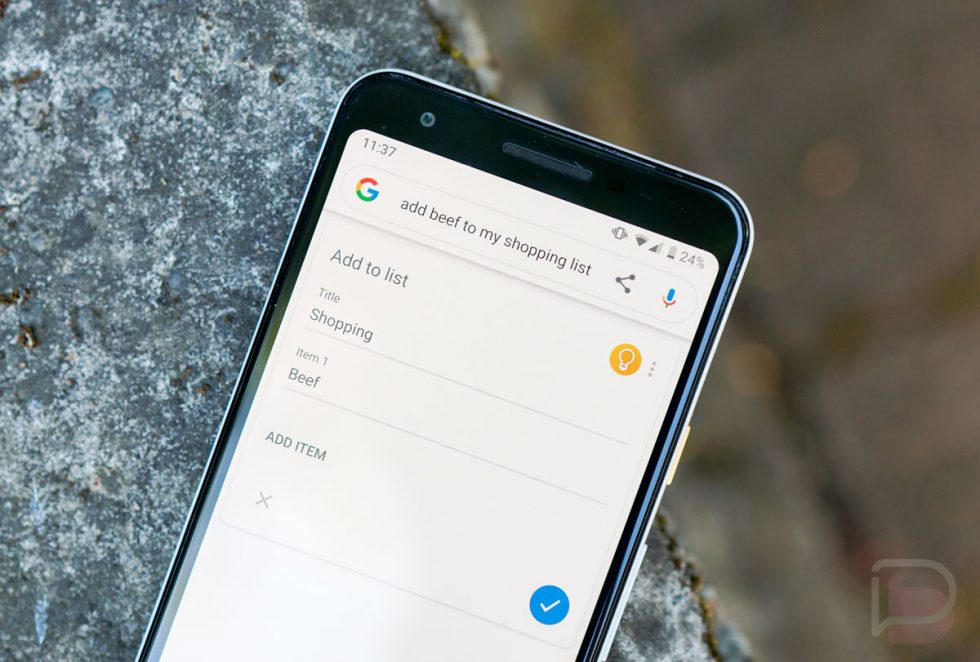 In 2017, Google made a change to how it handles shopping lists through Google Assistant. Instead of allowing you to add items to their dedicated and fully-featured lists/notes app, Google Keep, they killed that integration and moved everyone over to a dedicated shopping list portal through Google Express. I think we all know why they made that move (💰), even if it annoyed the sh*t out of everyone.

After enough complaining or something, Google told us at Google I/O in 2018 that they’d soon let people choose default apps for both lists and notes in Assistant. The option to choose where you save notes to, when asking through Google Assistant, arrived towards the end of last year and remains there.

Around the time it showed up, a Googler popped into a reddit thread about a Google Keep update and suggested that default list choosing would be along shortly after. He said specifically that Google “announced at I/O this year that the Google Assistant integration is coming back to Keep” and that it would be here “before you know it.” When pressed to confirm that we would be able to use Keep for our shopping lists instead of Express, the Googler responded simply with, “Yes.”

I don’t know if or when Google will let you switch your shopping list back to Google Keep (or if they ever will), but I’ve got a simple work-around for you that works if you have your phone in hand.

From your phone, all you have to do is open Google Search and either type out the shopping list addition or use your voice by hitting the voice search button.

Google Search, unlike Google Assistant, defaults to Google Keep and creates a shopping list there even if you don’t already have one. Assuming you do and want to continue adding items to it, you just keep using a command that starts with “add item to my shopping list” within Google Search.

Is this super awesome? Not quite, unless you really love Google Keep. The downside here is that you can’t access this list from Google Assistant, Google Home, or your smart displays, as those default to the Google Express shopping list.

This could all be fixed with a fulfilled promise from Google.