Samsung is Still Trying to Fix the Galaxy Fold, Asks if People Want to Keep Pre-Orders 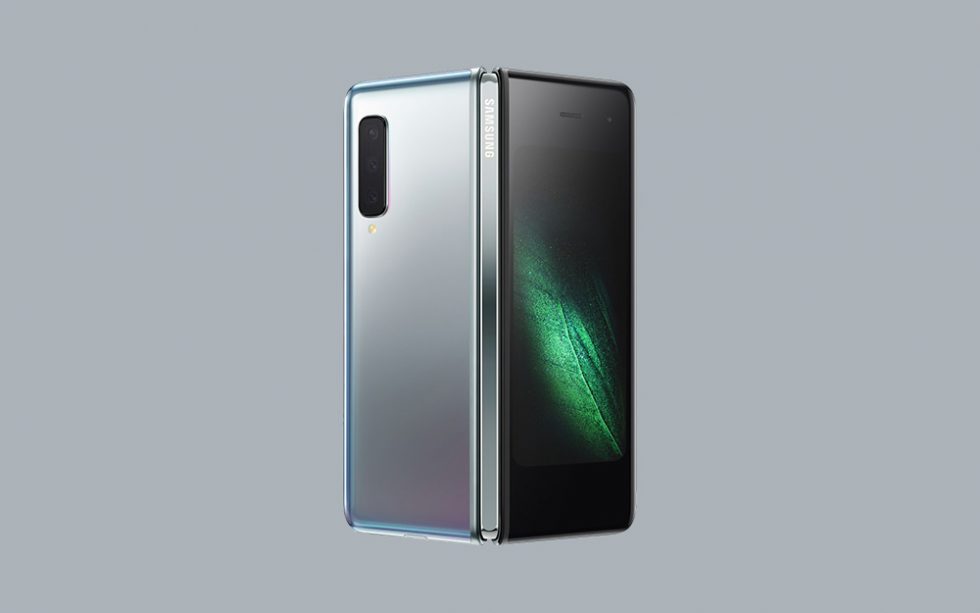 Samsung delayed sale of the Galaxy Fold back on April 22 after a number of review units ran into serious durability issues. Since that date, we’ve only been left to guess when (or if) the phone will return with fixes and find its way into the hands of deep-pocketed tech fans. Today, Samsung provided an update to those who pre-ordered, basically telling them that they are still working on things.

The email, which you can see in full below, says that they are “making progress in enhancing” the Fold, but that they aren’t quite ready to give any sort of anticipated shipping date. They won’t have another update on the situation for weeks.

Because of the lack of information, Samsung is once again letting those who pre-ordered decide if they want to keep their pre-order. With no concrete date available, Samsung will hold pre-orders open until May 31. If you want to stick around with your pre-order and see if a foldable device eventually ships, you can do so by telling Samsung that you would “like to keep my order.” Otherwise, if they don’t hear from you by the end of May, your order for the $2,000 Galaxy Fold will be cancelled.

So that’s the latest on the Galaxy Fold. I still have my doubts over whether or not this thing will ever be sold to a consumer in its current form. It was a brilliant concept, but the failure rate of only a handful of review units in the public should send Samsung back to the drawing board with this one. This isn’t a risk worth taking just to say you are first to the foldables game. 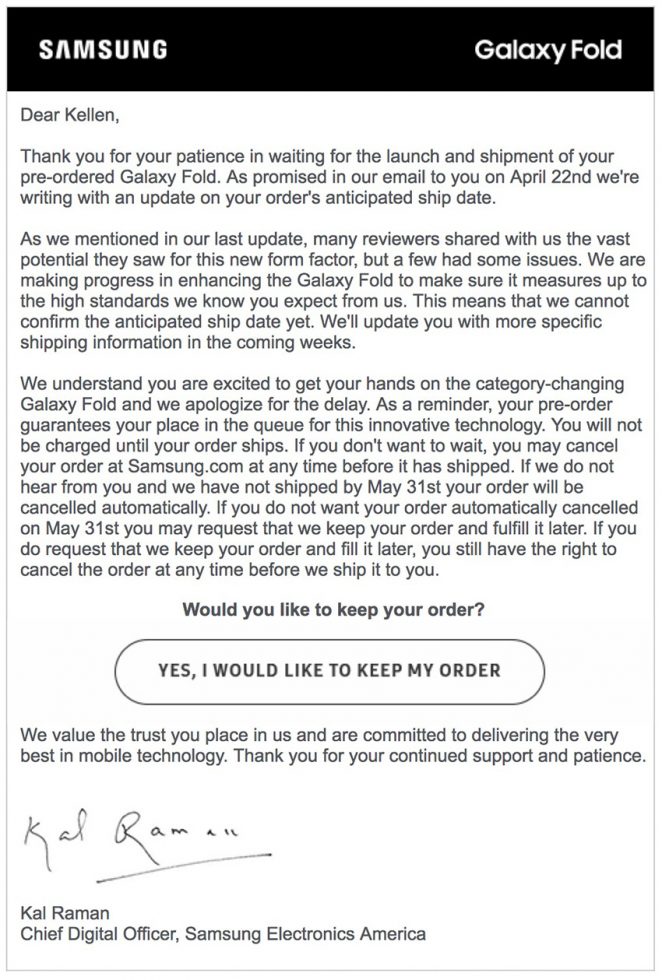