The BBC’s quirky-yet-classic 1980s comedy series, Blackadder, might finally have a long-hoped-for fifth season, according to British tabloid reports. However, such rumors have circulated before, and there’s been no official announcement confirming the news just yet.

I have long adored this oddball series and have frequently revisited the episodes via DVD over the years. (It doesn’t take long; there are only six episodes for each of the four seasons, plus a handful of specials.) The show follows its protagonist, one Edmund Blackadder (played to perfection by Rowan Atkinson), through different historical eras in England: the Middle Ages, the Elizabethan era, the Regency era, and World War I.

Blackadder starts out as a bumbling prince (the younger son to King Richard IV) and proceeds to become both smarter and lower-ranking as the seasons progress: a nobleman in Queen Elizabeth I’s court in season two, a butler to the Hugh Laurie’s foppish, dimwitted Prince Regent in season three, and a captain on the Western Front in season four. He is a knight in The Cavalier Years special and a shopkeeper in Blackadder’s Christmas Carol, a Dickens parody set in Victorian England.

With its latest battle, Game of Thrones solidifies its seat on TV’s VFX throne 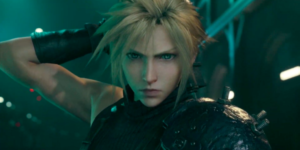