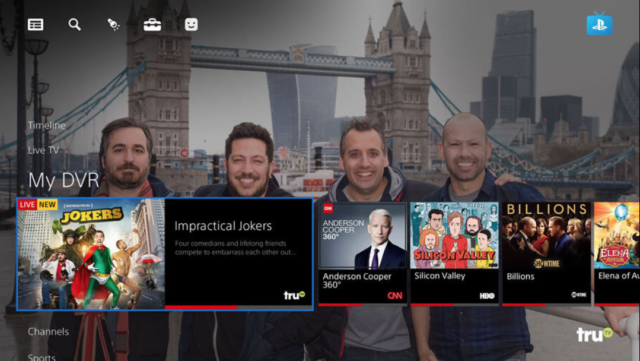 Sony announced that it is increasing the subscription cost for its live TV streaming service. PlayStation Vue customers will see all multi-channel plans increase their monthly rates by $5. The change will take effect today for new customers. Existing subscribers will see the prices go up with their first billing period after July 31.

The cheapest package for PlayStation Vue, the Access plan, will now offer a collection of live channels and DVR tools for $49.99 a month. The Core package, which adds several sports channels, will cost $54.99. The Elite level adds movie channels for $64.99 a month while Premium also adds HBO and Showtime for $84.99 a month.

The most common reason prices increase for media subscriptions, both with live video like PlayStation Vue and on-demand viewing like Hulu or Netflix, is the cost of licensing content. Those costs are only going up because several channels that provide that content are going it alone. Disney and NBCUniversal are both gearing up to launch their own streaming services, which gives them leverage to charge other providers even more for access to their programming or risk losing access completely.