“Nudge” policies have come in for a lot of positive attention. Small tweaks like changing the default on organ donation to opt in (still allowing people to opt out if they choose) seem to be effective at boosting pro-social behaviors. Nudges also work for things like saving for retirement or using less energy while still allowing people freedom of choice.

But nudges like these are “being used as a political expedient,” wrote economists George Loewenstein and Peter Ubel in The New York Times in 2010. Nudges, they wrote, allow “policymakers to avoid painful but more effective solutions rooted in traditional economics.” Now, Loewenstein has teamed up with colleagues David Hagmann and Emily Ho on a series of studies showing how this operates. Their results, published today in Nature Climate Change, suggest that if people are offered the chance to support a painless “nudge” policy on energy usage, they seem less likely to support a much more effective carbon tax.

Nudge policies can be implemented in different ways, but one popular tool is to change a default option to the desired behavior—like employers taking monthly retirement-fund contributions directly out of a paycheck or signing people up with a green energy supplier. Because people are still able to choose the non-default option if they prefer, policies like these are seen as not interfering with individual choice while still ensuring that the positive choice is used more often. 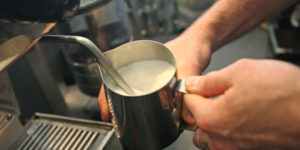 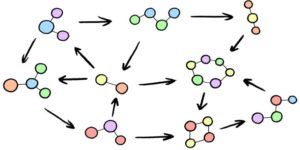 Photons dance along a line of superconducting qubits