For gamers of a certain age, a real, playable arcade cabinet is one of the ultimate nostalgic conversation pieces/status symbols that you can have in your home. AtGames’ newly announced Legends Ultimate cabinet—which promises hundreds of built-in games and more available via download—sounds like it could be the ideal blend of authenticity, expandability, affordability, and convenience for that specific breed of nostalgic arcade fan.

The Legends Ultimate is far from the first “multicade” cabinet to hit the market or aim for home users. But this “all-in-one” cabinet, with pre-orders planned to start in July, differentiates itself in part with a console-level suggested retail price: $599 for a the full-sized 66″ cabinet, or $399 for a “compact” 44″ tall version. That’s a huge step down in cost from existing options that easily cost thousands of dollars for a full-sized upright cabinet.

At its three-digit MSRP, the Legends cabinet is more comparable to the Arcade1UP line, which launched last year as a variety of 3/4 scale arcade reproductions in the $300 to $400 range. But each of those miniature cabinets only contains three to 12 built-in titles, limited control options, and no official options for expanding the lineup (aside from buying an entirely new cabinet). 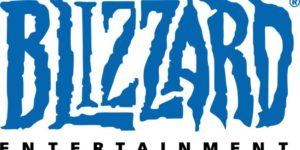