The device will start at $5,999 for a configuration that includes an eight-core Intel Xeon processor, 32GB of 2666MHz memory, a 256GB SSD, and AMD Radeon Pro 580X graphics. If that doesn’t make it obvious, this is very much not a device for casual consumers. Apple says the Pro will be available to order later this fall.

The new Mac Pro offers a vastly different design than the oft-maligned “trash can” design of the previous Mac Pro, which released nearly 2,000 days ago. This new model has more of a traditional tower design that is a closer analogue to the “cheese grater” Mac Pro models that existed before the latest machine. Its housing is largely made of aluminum, with stainless steel handles for moving the device as needed as well as a set of “feet” on the bottom. It can be configured with a small set of wheels for easier transport, too. Apple says both sides of the device are openable for user access. The whole thing measures about 21 inches tall and 8.5 inches wide and weighs a shade under 40 pounds. 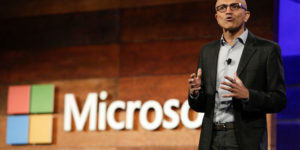 Meet the Google Pixel 3a: A midrange phone with a flagship camera for $399