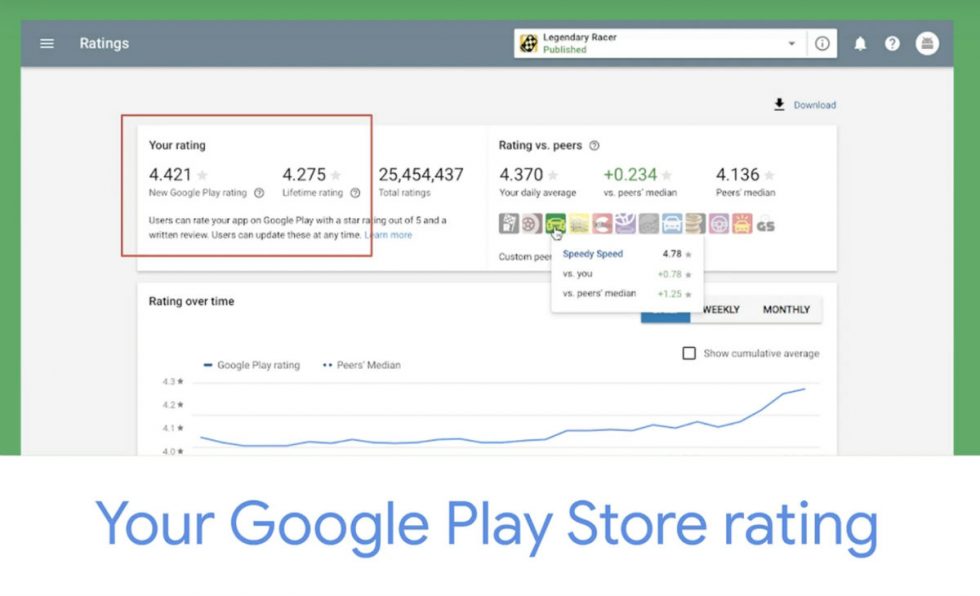 Google announced to app and game developers this week at Google I/O that very soon, app ratings and how they are calculated are getting changed up.

As of right now, an app’s rating is calculated from reviews that can date back to the time the app was initially launched. A rating from that time counts the same as a rating from today does. However, apps change with updates, and with that in mind, Google will soon be weighing recent ratings more heavily than older ones.

For users, this is a great thing. For one, we’ll be able to see the current state of any app we’re previewing. Are users currently happy with it? That should be easy to deduce. However, for developers who have let their apps go a while with no updates and bugs, recent ratings having more weight will highlight any issues associated with the app. But hey, if developers want their apps to be successful, I suppose they should support them with updates.

According to Google, users of Google Play won’t see these new ratings until August, but developers can preview their new rating starting today in the Play Store Console.