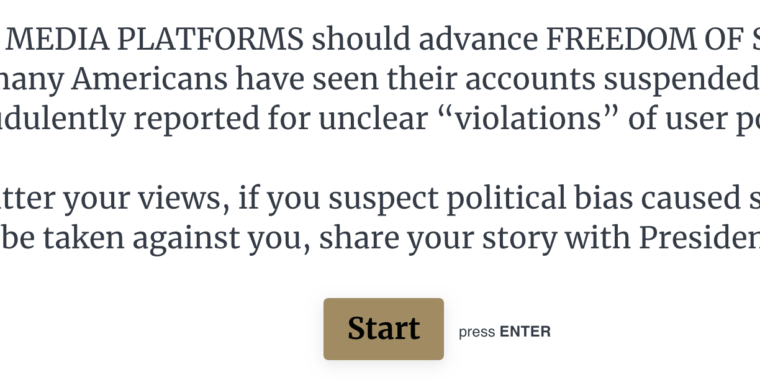 “SOCIAL MEDIA PLATFORMS should advance FREEDOM OF SPEECH,” the form says (capitalization in the original, of course). “Yet too many Americans have seen their accounts suspended, banned, or fraudulently reported for unclear ‘violations’ of user policies. No matter your views, if you suspect political bias caused such an action to be taken against you, share your story with President Trump.”

The form asks users to provide their name and basic demographic and contact information. Users then provide details about the content that was censored and can provide screenshots of messages from social media companies about