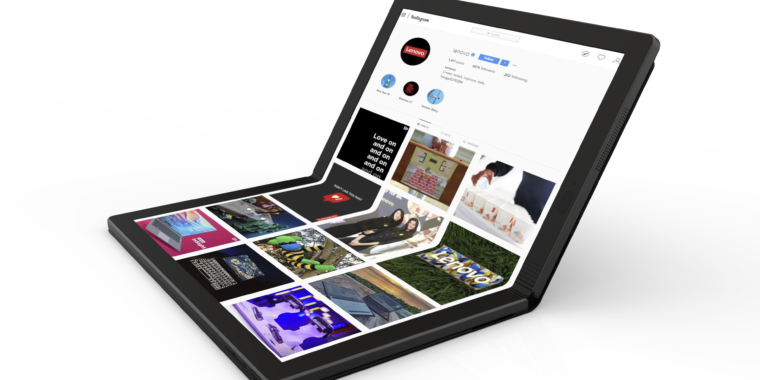 It doesn’t have a name (but it’ll be in the ThinkPad X1 family), it doesn’t have a spec (but it’s using an Intel processor), it doesn’t have an operating system (“Windows” but, not specifically “Windows 10”), it doesn’t have a release date more specific than “2020,” and of course it doesn’t have a price. But these are I suppose minor details. The big picture: Lenovo has built a laptop with a folding 13.3-inch OLED 1920×1440 screen made by LG. The screen occupies both halves of the laptop’s interior space, including where the keyboard would normally go, and the machine can be folded open to turn it into a flat 13-inch screen that you’d frankly never guess could fold.

Things we do know: Lenovo has been working on this thing for three years already. The company sees it as being a full-fledged PC that