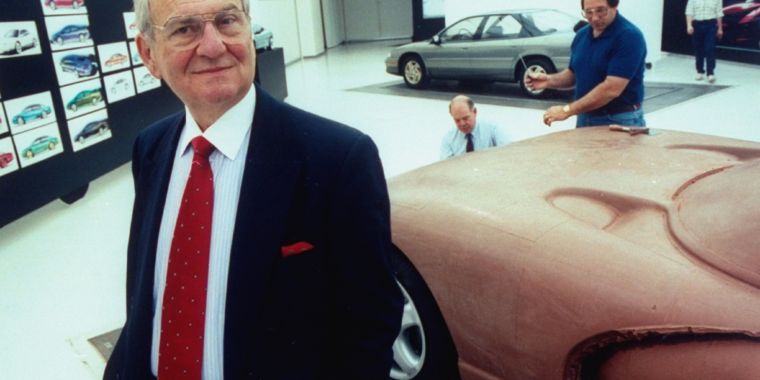 On Tuesday, former US auto executive Lee Iacocca died at the age of 94 from Parkinson’s disease. He was an iconic figure in the business world, at separate times running the Ford Motor Company and later the Chrysler Corporation. His autobiography was required reading for men in suits in the 1980s, and he was even mooted for President. And along the way, he was responsible for some legendary cars, including the Ford Mustang and Chrysler Minivan.

Born in Allentown, Pennsylvania in 1924, Iacocca was the son of working class immigrants from Italy. He graduated high school during World War II, earned a degree in industrial engineering at Lehigh University in Pennsylvania, then found time to study politics and plastics at Princeton before