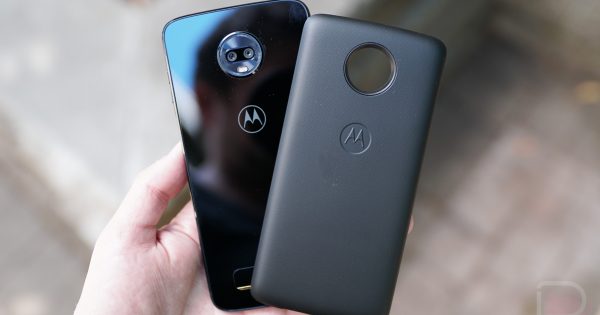 Motorola is hosting a BOGO deal right now on its Moto Z3 Play, where if you buy one, they’ll give you another for free, along with a free Moto Mod.

All you have to do is buy the 64GB Moto Z3 Play at $499 and you will get a 32GB model ($350 value) for free. As for the free Moto Mod, you get to choose from either the Moto Power Pack ($50 value) or the Moto Smart Speaker with Amazon Alexa ($150 value). Just add everything to your cart and the discounts will show up.

Should you buy a Moto Z3 Play? Read our review for the details, but yeah, we liked this phone for the price. However, if you don’t need two phones today, the Pixel 3a or 3a XL is a better overall buy at that price point.

Motorola’s Moto Z4 arrives this month to extend the life of a phone line we weren’t sure would continue to exist after last year’s disappointing Moto Z3. Motorola mostly mailed in 2018 with a couple of Z phones that felt like they were created simply to fulfill the promise of three years worth of Moto Mods support before being able to exit the modular arena, yet here we are.

I don’t really know why Motorola is back with another Moto Z phone, but I have spent the past week or so with the Z4 to do some testing. I can tell you right now that I’m not a huge fan of this phone, though that’s not saying it doesn’t have some redeeming qualities. The problem for the Moto Z4, which we’ll dive into, is that Google released the Pixel 3a a few weeks ago, a phone that is really going … Read the rest 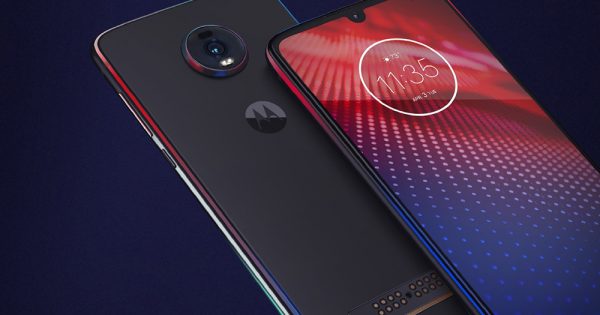 Some dude may have ordered a Moto Z4 on Amazon before Motorola got around to announcing it, but things are now official. The Moto Z4 is here!

What should you know? It’s the 4th generation Moto Z device, works with all of the currently available Moto Mods, will get 5G support through the 5G Moto Mod, and brings back the headphone jack. It sports a 6.4″ full HD OLED display, Snapdragon 675 processor, 4GB RAM, 128GB internal storage (with SD support), and a 48MP rear camera that pixel bins down to 12MP. You’ll find a 3600mAh battery with fast charging, an optical in-display fingerprint reader, and support on all major US carriers.

The Moto Z4 features a Night Mode in the camera, the clean Android software experience we all love from Motorola (it’s Android 9 Pie too), and a battery that Motorola says should last at least 2 days. … Read the rest

Motorola hasn’t announced the Moto Z4, but some guy found the listing for it on Amazon a couple of days ago and then ordered one. He received that order, if you can believe that, has now unboxed it, and is providing all sorts of information about it over on reddit. You can’t make this up.

From what we can see from the cached listing at Amazon, the Moto Z4 will cost $499.99. It’ll come with 128GB of storage at that price and a Moto 360 Camera Mod. The rest of the specs listed reveal a 6.4″ Full HD+ OLED FullVision display (2340×1080) with Gorilla Glass 3, 4GB RAM, in-display fingerprint reader, microSD slot that supports up to 2TB storage, Snapdragon 675 octa-core processor, Adreno 608 GPU, 3600mAh battery with 15W fast charging, USB Type-C port, headphone jack, and unlocked support for all the major US carriers. Everything is … Read the rest