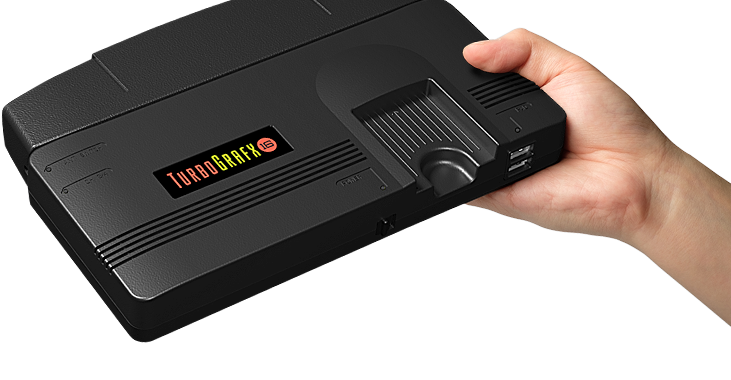 Konami may well have earned the “most surprising announcement of E3” trophy with Tuesday’ night’s unexpected reveal of the TurboGrafx-16 Mini (known as the PC Engine Mini in Japan and the PC Engine Core Grafx Mini in Europe).

Price and release date were not announced, but Konami did reveal six games for the US and European editions of the plug-and-play HDMI system, with more to be announced in the future:

The Japanese edition has a somewhat distinct list of announced games thus far, including well-remembered classics like Super Star Soldier, PC Kid (a.k.a. Bonk’s Adventure), and Castlevania: Rondo of Blood (later ported to the SNES and Dracula X). Versions of these games may be coming for other regions, but they have yet to be announced. Japan and Europe also get a different