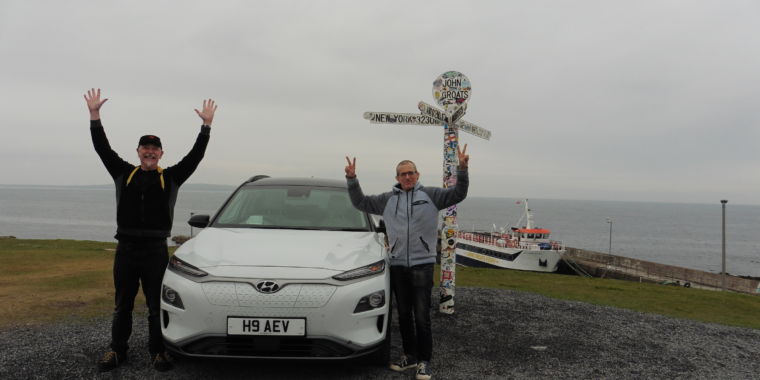 It’s not often you get to inspire an electric car speed record attempt, but it seems I’ve inadvertently done just that.

It began on Twitter, when I saw that there was an electric charging station in the parking lot at John O’ Groats in Scotland, (almost) the most northern point of the Scottish mainland. The village is about as far from the most south-westerly point in the UK, Lands End in England, as it’s possible to get without leaving the mainland: 874 miles (1.407km) to be precise. So, I idly wondered what the fastest journey time was for an electric vehicle. The idea then caught the eye of a TV presenter named Gareth Jones, host of the eponymous podcast Gareth Jones on Speed