A few fossilized bones from the back of a skull may prove that our species spread into Eurasia much earlier than previously suspected. A new study of the partial skull, which was excavated from Apidima Cave in southern Greece 40 years ago, suggests that the fossil is Homo sapiens and that it’s roughly 210,000 years old. That makes it the oldest member of our species ever found outside of Africa.

The fossil, known as Apidima 1, is likely the remains of a member of an early wave of humans who spread into Eurasia. Based on genetic studies and the fossil record, anthropologists think these early pioneers failed to gain a successful foothold and ended up being replaced by Neanderthals (for a while,

DNA preserved in ancient bones and teeth has recently helped scientists reconstruct how groups of ancient humans migrated and mingled, and a new study now does the same thing for Neanderthals. Neanderthals lived in Eurasia for around 400,000 years, and it would be a huge stretch to assume they spent all that time as one big homogeneous population or that different groups of Neanderthals never migrated and mixed.

Thanks to ancient DNA, we can now begin to see how Neanderthal groups moved around Eurasia long before Homo sapiens entered the mix.

Neanderthals on the move

Evolutionary geneticist Stéphane Peyrégne and his colleagues recently sequenced DNA from two Neanderthals, both just over 120,000 years old. One set of DNA comes from the upper jaw of a 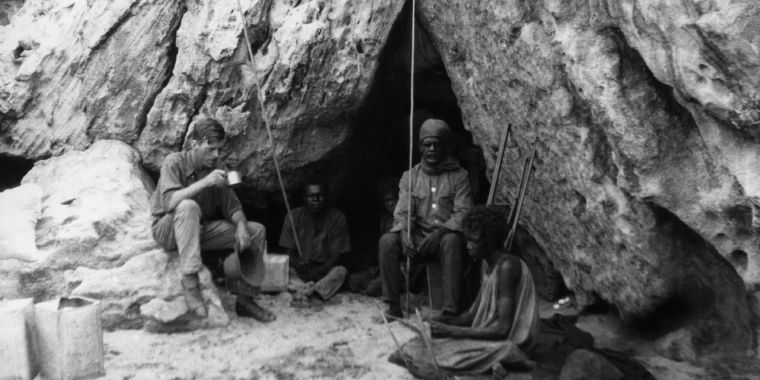 A new study suggests that the first humans to move into Australia and New Guinea came in larger numbers—and perhaps with more of a plan—than some researchers previously thought.

People have lived in Australia and New Guinea since at least 60,000 years ago, when sea levels were about 100 meters (300 feet) lower than today. Due to lower sea levels, a land bridge across the Torres Strait linked Australia and New Guinea into a single landmass (termed Sahul). The first humans to set foot on Sahul probably arrived via closely spaced islands that stretched like stepping-stones across the 1,800km (1,100 miles) of ocean from the exposed continental shelf of Southeast Asia. And a new study suggests that it would have taken at least 1,300 people crossing these islands to give us a lasting foothold.

Trying to colonize a new, uninhabited land is a challenge. If you