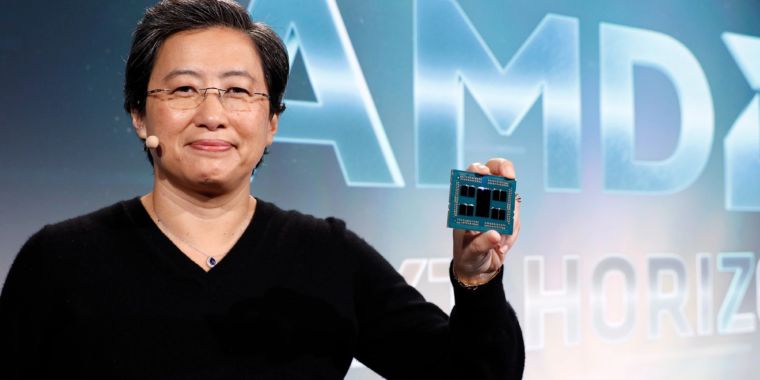 In its earnings call, AMD offered a little more detail about the launch of its next-generation processors, built using the Zen 2 architecture and TSMC’s 7nm manufacturing process, and new GPU architecture, Navi, again built on 7nm. Server-oriented EPYC-branded chips (codenamed Rome) should be shipping to customers in the third quarter of this year, and so too will Navi-based video cards.

In November last year, AMD outlined the details of the Zen 2 design. It makes a number of architectural improvements to shore up some of Zen’s weaker areas (for example, it now has native 256-bit floating point units to handle AVX2 instructions; the original Zen only had 128-bit units, so it had to split