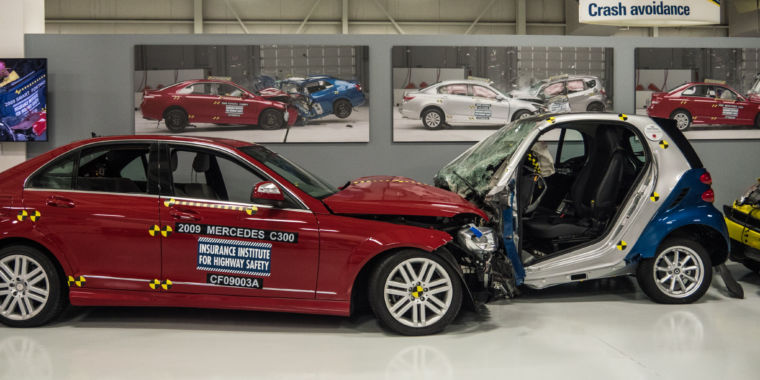 RUCKERSVILLE, Va.—The wrecked remains of a 1959 Chevrolet Bel Air provide a stark illustration of just how far we’ve come with regards to automotive safety. The copper-colored scrap greets you in the reception area of the Insurance Institute for Highway Safety’s Vehicle Research Center, an automotive safety testing facility nestled between farms in the bucolic Virginia countryside a couple of hours from Washington DC. IIHS was set up in 1959 by the insurance industry to work on improving the safety of our vehicles, and to celebrate its 50th anniversary, the institute crashed the Bel Air into its then-current equivalent—a 2009 Chevrolet Malibu. The institute did this to prove conclusively that “they don’t build them like they used to. They build them better,” to quote IIHS’s then-president Adrian Lund.