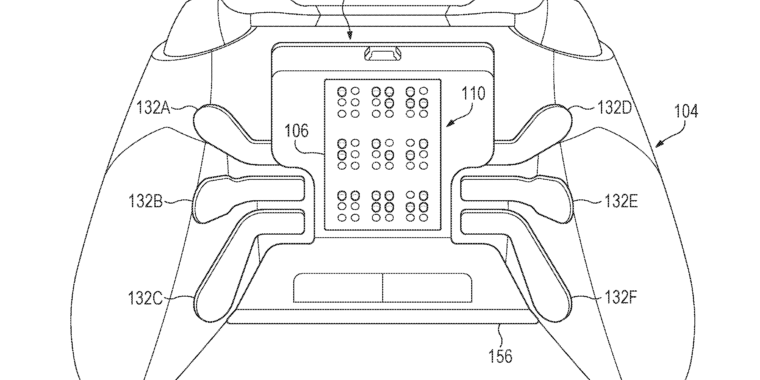 Last year, Microsoft released its highly customizable Adaptive Controller as a way to further engage with gamers facing a variety of “limited mobility” disabilities. But a newly surfaced patent first filed in 2017 shows that the company was also looking into a braille-compatible controller aimed at visually impaired gamers.

Microsoft’s patent for a “braille chording accessory for a game controller” describes a device that would attach to the back of what looks in diagrams to be a standard Xbox One controller, adding “a plurality of paddles arranged as a braille cell on the housing, and a control circuit to translate a touch force applied to at least a portion of the plurality of paddles into individual braille characters.”

As described and shown, the device would contain a 3×3 grid of standardized braille dots that rise and fall to