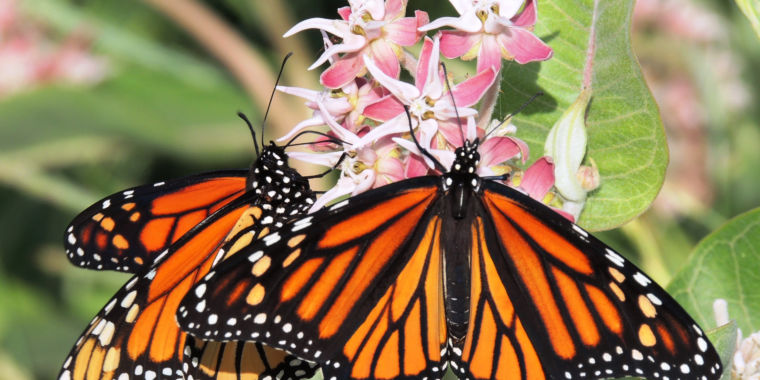 Monarch butterflies engage in a spectacular migration that encompasses multiple generations. They surf the green wave of spring as it spreads north, producing new generations on the way. Then, as autumn sets in, that generation of butterflies shuts down reproduction and starts heading south, eventually reaching their wintering grounds in staggering numbers. But in recent years, those numbers have grown far less staggering. The loss of some of those wintering grounds, habitat destruction across North America, and other threats have steadily reduced the migrating population to the point where it’s under consideration for endangered species designation.

The declining population has inspired people throughout North America to try to give the butterflies a hand. Their efforts include planting more of the insects’ favorite food plants, protecting the butterflies in their pupal stage, and even ordering monarch pupae from commercial suppliers. Raising monarchs is also a common