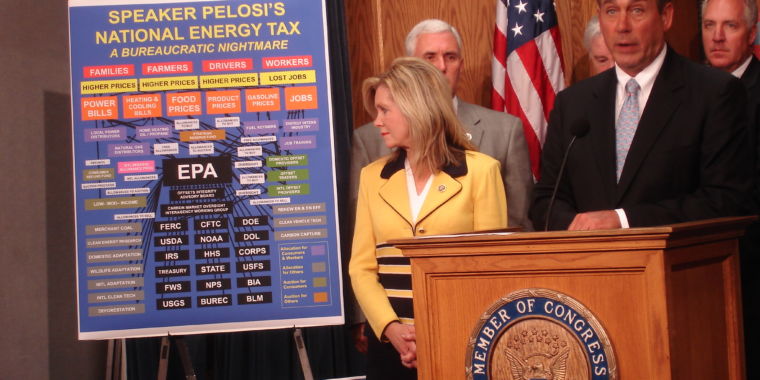 Lobbying is ostensibly a way to inform politicians about issues affecting their constituents. But it has also become an industry of its own as those with a financial interest in legislation vie to sway decisions in their favor. Windows into the lobbying world are limited in the US, but required public reporting can at least enable a postmortem of the actions associated with major bills.

In the first two years of the Obama administration, healthcare legislation was not the only weighty proposal rattling around in Congress. The Waxman-Markey Bill very nearly led to a national cap-and-trade system for greenhouse gas emissions. It would have established a continually shrinking cap on national emissions, with tradable permits required for significant emitters. It was supposed