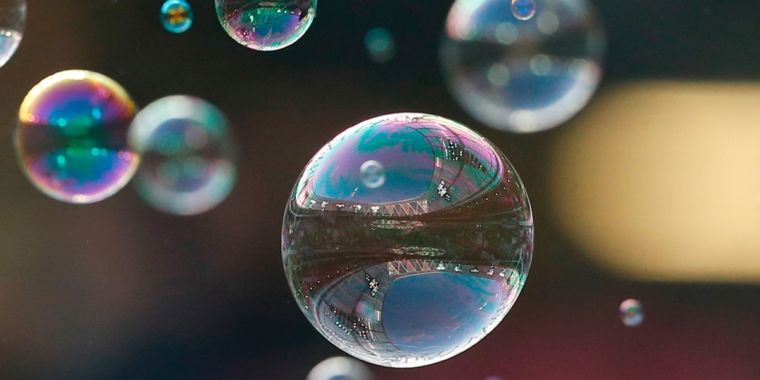 Human beings derive intense pleasure from bubbles and all kinds of foamy products, and scientists have long found them equally fascinating, given the complicated underlying physics. Most recently, a group of Japanese researchers published a paper in Scientific Reports describing two distinct mechanisms by which simple foams collapse. And in a new paper in the Proceedings of the National Academy of Sciences, physicists at MIT and Princeton University demonstrated how to develop spherical bubbles uniformly by confining them in a narrow tube.

Individual bubbles typically form a sphere, because that’s the shape with the minimum surface area for any volume and hence is the most energy efficient. Back in the 19th century, Lord Kelvin proposed a bizarre soccer-ball shape called a tetrakaidecahedron (Greek for “fourteen faces” and sometimes translated “tetradecahedron”), with