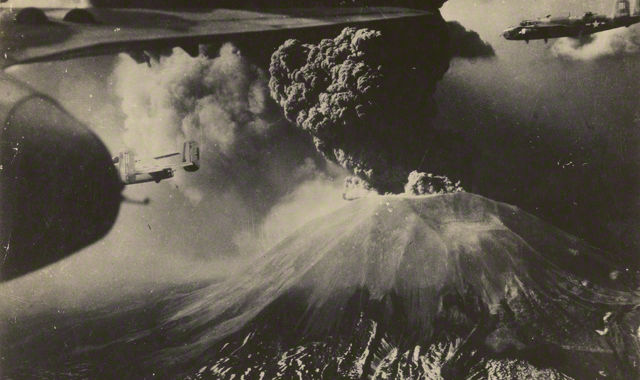 Every now and again, real-life archaeology sounds a little like an Indiana Jones movie. Allied bombers dropped 165 bombs on the ancient Roman city of Pompeii, and at least seven of them may still lie buried and unexploded amid the ruins. The bombs, scattered over 22 hectares of the site that haven’t been surveyed or excavated, don’t pose a danger to tourists, but they’re a challenge for future excavations.

The eruption of Mt. Vesuvius entombed the city of Pompeii in ash in 79 CE. Fire rained down on the ruined city again in August 1943, when US and British bombers began pounding German encampments and