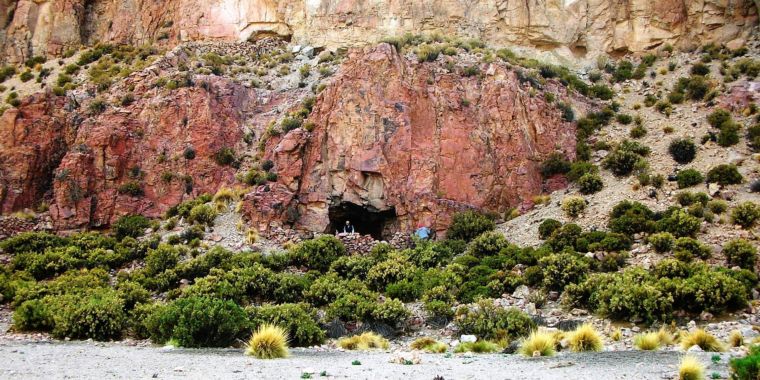 In a rock shelter in the highlands of southwest Bolivia amid the rubble of an area once set aside for funerary rituals, archaeologists found a leather-wrapped bundle of tools for preparing and inhaling snuff. They radiocarbon-dated the bundle to between 905 and 1170 CE, which is when the Tiwanaku Empire (a predecessor of the Inca and rival of the nearby Wari) was crumbling into smaller regional states. Chemical analysis reveals that the bundle once contained a small assortment of psychoactive plants, including coca leaves and ayahuasca.

Archaeologists Melanie Miller, José Capriles, and their colleagues used mass spectrometry to identify traces of cocaine, along with four other compounds, inside a hide pouch sewn from the skins of three fox snouts.

One compound, harmine, points to a plant called