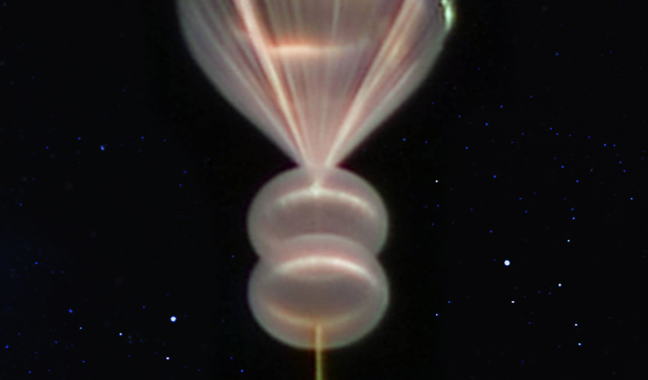 When we last heard from World View, the company was performing something of an advertising stunt by launching a KFC chicken sandwich into the stratosphere with its balloon technology. Now the Arizona-based company has taken a significant step toward developing its remote sensing system for practical applications.

Prior to last month, the Stratollite system had never flown for longer than five days at a stretch. But from mid-May to early June, it completed a 16-day mission that demonstrated several key abilities. For more than eight days, the company said, the balloon maintained its position over a circular area on the ground about 120km wide. It also held station over a circle with a diameter of just 9.5km for 6.5 hours.

Flying in the stratosphere at altitudes between 15 and 23km, a Stratollite uses a primary