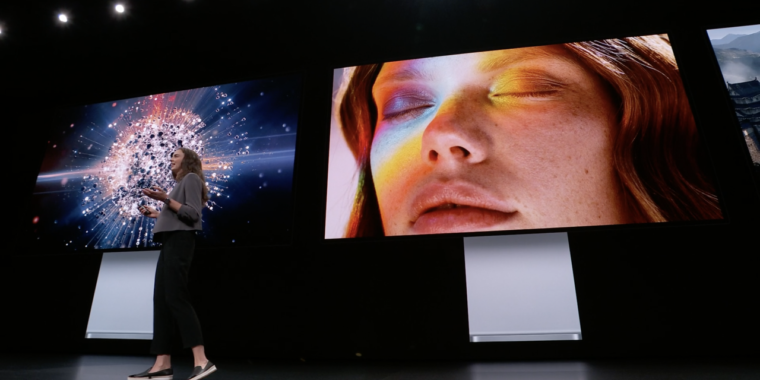 SAN JOSE, Calif.—Apple used its WWDC keynote presentation to announce its first new computer display product since the Apple Thunderbolt Display (which was introduced in 2011). It’s called the Pro Display XDR, and it looks to be a display unlike anything else on the market.

For the past several years, Apple has sold specialized displays from LG through its store to users who want a display that will play nice with Macs. But a few weeks ago, supply of some of those LG displays began to dry up (though one additional LG display did appear on the store recently), suggesting something new was coming.

“There’s no single display that gives our pro customers everything they ask for,” said Apple’s Colleen Novielli as she began introducing the Pro Display XDR during today’s keynote. “And HDR is frequently requested, but yet to be delivered