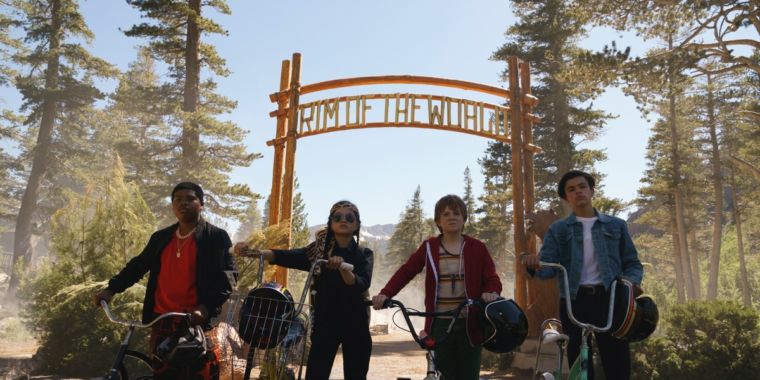 Four misfit kids must stave off an alien invasion in Netflix’s original film Rim of the World.

Summer camp can be challenging enough for an awkward 13-year-old nerdy kid without aliens invading and turning the surrounding region into a war zone. That’s the premise of Rim of the World, a fresh and fun original film from Netflix, written by screenwriter Zack Stentz (Thor, X-Men: First Class) and directed by McG (Charlie’s Angels, Terminator Salvation). It’s pretty much perfect summer fare, the kind of kid-centric action/adventure that used to bring audiences flocking to theaters in the 1980s. Stentz sat down to chat with Ars about his inspirations, and how he and McG successfully brought the story to the screen on a relatively modest budget.

In the film, four misfit kids from very different backgrounds meet at a summer adventure camp in southern