There are many criticisms of Apple’s Mac products, but one of the most commonly cited is that they often don’t have graphics power that’s comparable to what you’d see in similarly priced Windows machines. Unfortunately, the company currently offers no desktop tower in which you could, say, slot two super-powerful gaming graphics cards, either.

Some of that could change soon when Apple moves to its own silicon on Macs or when it introduces a new Mac Pro. But for now, the company’s official answer to this line of criticism is doubling down on external GPU support in macOS. Support for this began during the High Sierra cycle and was expanded upon in some helpful ways in last year’s Mojave OS release.

In addition to providing software support for eGPUs, Apple has developed what is more or less its official-ish eGPU solution, in much the same way that a couple of LG’s monitors have been Apple’s recommended external displays for a while now. The company did so by partnering with hardware-maker Blackmagic Design, an Australia-based company that specializes in products for video professionals. The first eGPU from Blackmagic included an AMD Radeon Pro 580 and was priced at $699. We reviewed it late last summer and found that—while it was quiet and easy to use, and the GPU was a big upgrade over the integrated graphics in many Macs—we wished a higher-end GPU option was offered for creative professionals and hardcore gamers who needed more. 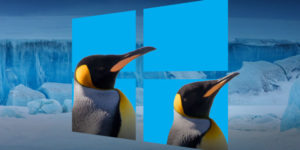 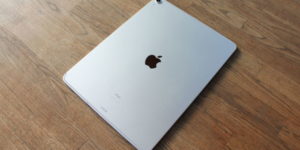 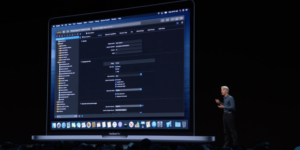