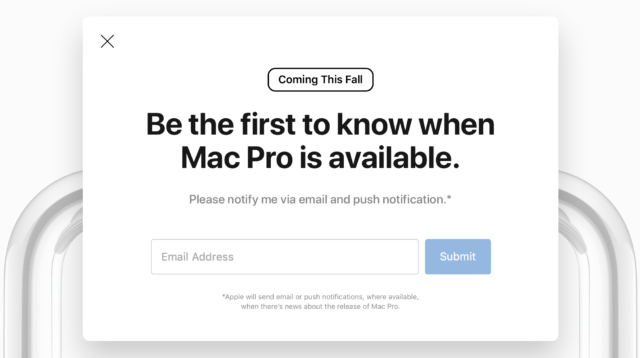 This says “coming this fall” now, but it said something else earlier today. (credit: Apple)

Apple introduced two pricy and powerful pieces of pro-targeted hardware at its developer conference last month: the modular desktop tower Mac Pro, and the creative-focused Pro Display XDR. Although Apple said the devices would come this fall when discussing them during its keynote stage last week, the industry giant didn’t get any more specific than that. But an apparent mistake in the Apple Store may have narrowed down the date.

September would make sense as a narrower launch window. Apple often holds an event focused on the iPhone and Apple Watch around that time each year, so the company could announce final public availability of the Mac Pro and Pro Display XDR there.