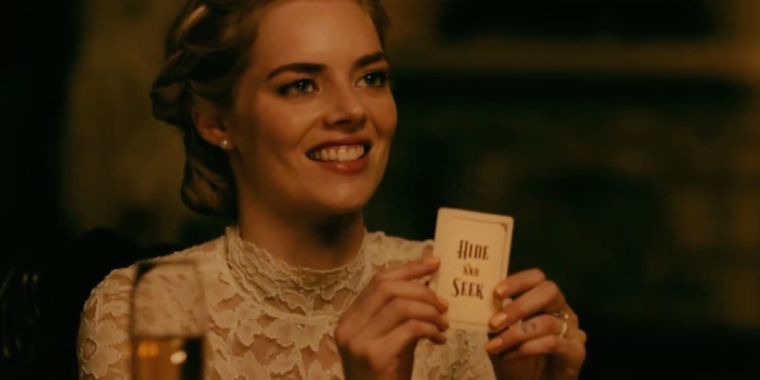 Samara Weaving plays a new bride who must survive a deadly game of hide-and-seek in the horror/comedy Ready or Not.

A young bride’s idealized wedding night takes a deadly turn when her eccentric new in-laws insist that playing a game at midnight is a family tradition in the red-band trailer for Ready or Not, a forthcoming comic horror film from Fox Searchlight. Per io9, “It’s kind of The Purge meets every newlywed-themed gothic horror movie ever (Rebecca, Crimson Peak) but with a pitch-black sense of humor.” That sounds like a winning combination.

Grace (Samara Weaving) can’t believe her good fortune when she falls in love with Alex Le Domas (Mark O’Brien), a member of a wealthy gaming dynasty—although the family prefers the term “dominion.” After a picture-perfect wedding on the family estate, Alex informs her that there’s just one more formality to be observed: “At midnight, you have to play a game. It’s just something we do when someone joins the family.”

That game turns out to be hide-and-seek, except Grace soon discovers that, as played by the Le Domas family, it has less in common with an innocent children’s pastime and more with the classic 1924 short story “The Most Dangerous Game.” Grace is the prey, and she must elude detection until dawn to avoid being killed in a bizarre ritual sacrifice. 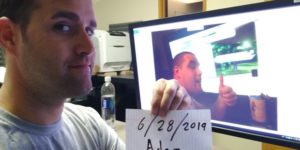 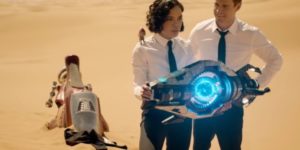 Review: Men in Black: International is a solid addition to the popular franchise